We mend hearts by non-invasive methods, but to mend a water pipe we dig trenches 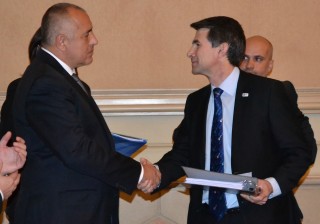 This website has been created under project BG161PO003-2.4.01-0034-C0001 "Promotion of the development of modern technologies for construction and rehabilitation of underground infrastructure" Beneficiary: Non-profit association "Underground Infrastructure Industrial Cluster". The website was created with the financial support of Operational Programme “Development of the Competitiveness of the Bulgarian Economy” 2007-2013, co-funded by the European Union through the European Regional Development Fund. All responsibility for the content of this site rests with Non-profit Organization "Underground Infrastructure Industrial Cluster" and under no circumstances can it be assumed that this website reflects the official opinion of the European Union and the Contracting Authority.